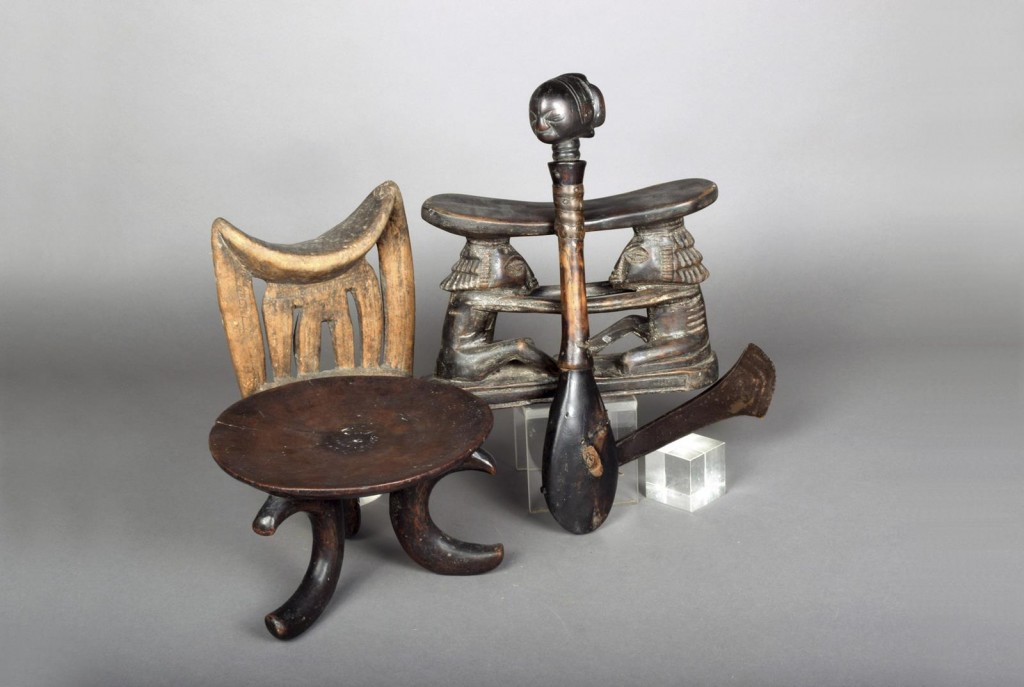 The above lot came up at a small UK auction earlier this week with an estimate of £ 100-150. Although the auctioneer had clearly overlooked the qualities of the Luba axe, a couple of attentive bidders apparently were not sleeping and this ‘mixed bag’ sold for £ 19,000 (€ 25,600) – yes, that’s 190 times the low estimate 🙂

Not the expected bargain, but still totally worth it* – I guess we’ll see it soonish in Brussels or Paris. The handle of this axe used to be decorated with copper strips, of which only remnants remain at the top. The blades of this type of Luba axes are always this simple, the end of the shaft often decorated with geometric patterns (here apparently with recuperated copper strips that used to be on the shaft). Evidently, this object is all about the beautifully carved head sitting at the handle’s end. The facial features are worn down, but not too much and consistent with the objects’ use and very representational of what Luba art is all about. This axe thus is a very exciting new discovery that proves once again we haven’t seen all treasures from Africa yet! 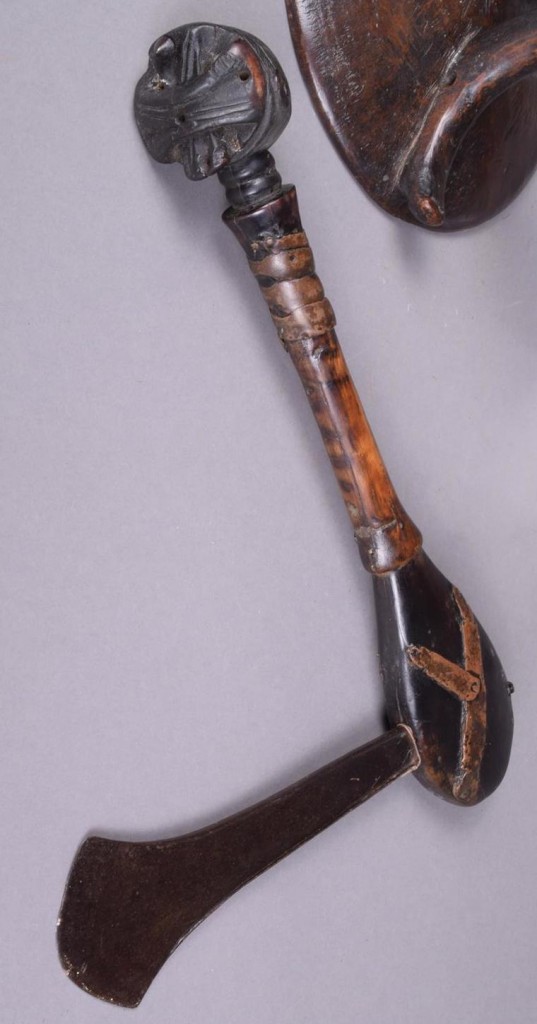