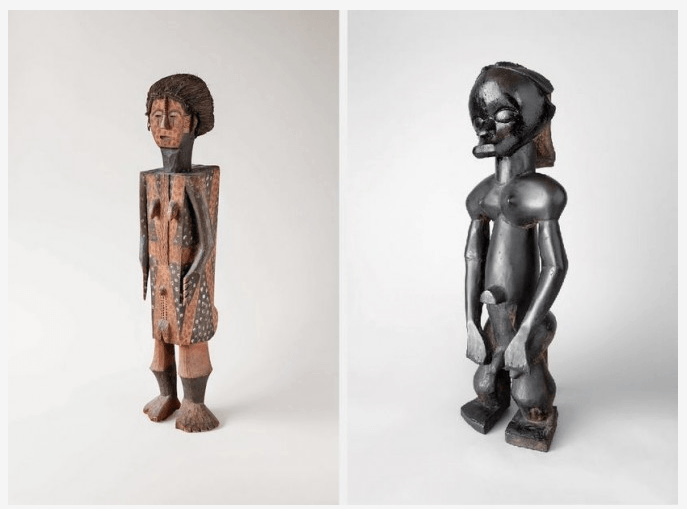 Embodiments: Masterworks of African Figurative Sculpture, organized by the Fine Arts Museums of San Francisco, will run from January 31, 2015 to July 5, 2015 and presents 120 pieces from the collection of Richard H. Scheller. It will be composed of classic and iconic sculptures as well as more unusual examples that challenge commonly held assumptions about African art; approximately 110 cultural groups will be represented. From this interview with Mr. Scheller we learn that he has already given certain pieces to the de Young (as the Nkundu figure above), and that it is his intent that the pieces of the exhibition will be given to the de Young in the future. The collection was assembled over nearly 30 years and many of the objects have never been exhibited before – so it’s certainly something to look forward too. Turns out that the Hemba figure on the front cover of Alisa LaGamma’s Heroic Ancestors is also in the Scheller collection.