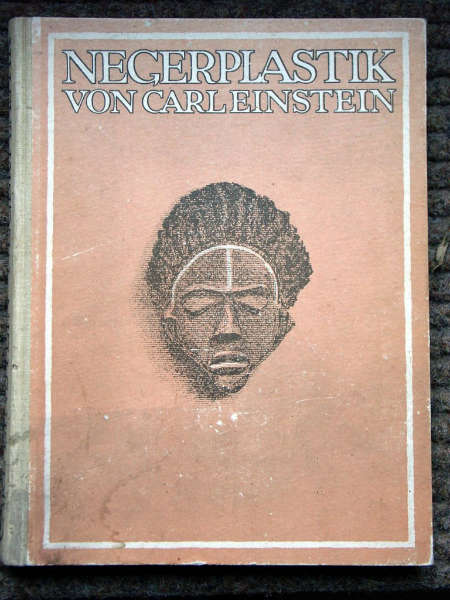 A kind soul has made Carl Einstein‘s Negerplastik freely available online here. The man was not related to that other Einstein, but nonetheless was pretty important for the Western discovery of African art (though Negerplastik didn’t include any captions yet). The Fang head on page 33 is an unbelievable piece of sculpture – but unfortunately not the real thing.

UPDATE: for an interesting article by Zoe Strother about this book, click here. 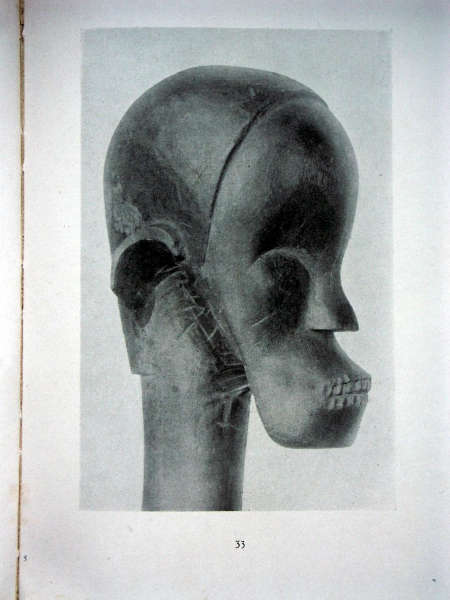 David Attenborough looks at the Dogon of Mali and their art – from his 1975 tv series The Tribal Eye; a must-see.

David Attenborough looks at the Dogon of Mali and their art – from his 1975 tv series The Tribal Eye; a must-see.

Intentionally photographed from above, Hans Himmelheber used the above photo to explain the unnatural proportions than can be seen in so much African statuettes. An enlarged head, big feet, a protruding navel, shortened upper arms and thighs, large eyelids and the mouth just under the nose are all characteristics that can be properly understood when viewing the human body from above.

On the other hand, standing erect with the head bowed also presents to a sculptor’s eye a strongly foreshortened view of his own lower body. The notion of self-viewing as inspiration for artists was also proposed by LeRoy McDermott – read more about it here – though not while discussing African art. She argues that paleolithic venus figurines lose their distorted proportions and acquire representational realism if we understand that they are self-portraits created by women looking down at their own bodies. If we look down at our own bodies, breast and belly dominates the visual field, navels seem nearer the pubis, legs are foreshortened and buttocks appear elevated – all features seen in these venus figurines. From a self-viewing perspective, these figurines represent normally proportioned women of average weight at different stages in their biological lives. According to McDermott, they thus constitute a form of self-portrait. She further argues that the assumption that these figures represent abstract ideas such as the worship of a prehistoric mother goddess must be reexamined. The same, perhaps, can be said about many African art theories.