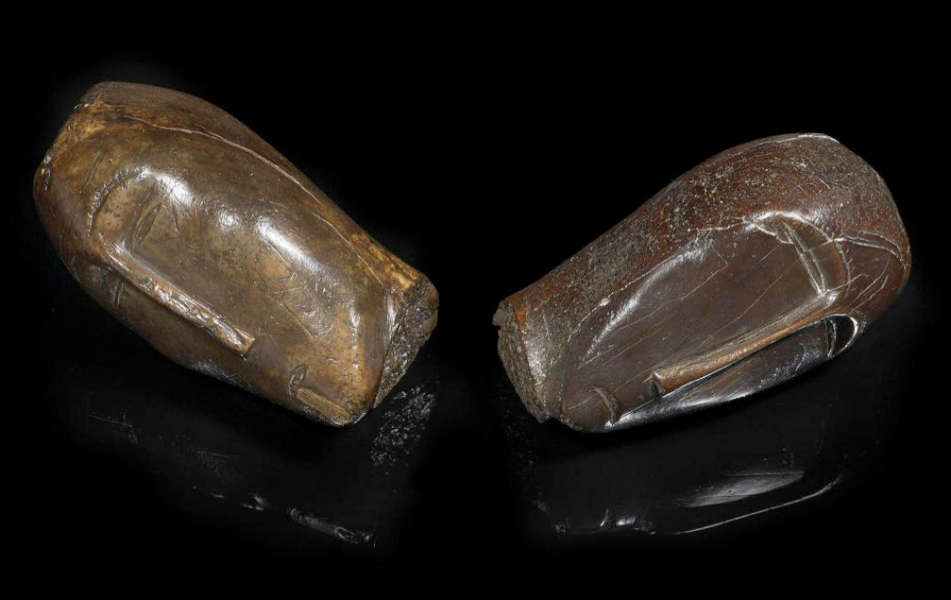 Consigned by the Eskimo family who excavated it on Punuk Island off St. Lawrence Island in summer 2012.

Both heads were apparently excavated at the same site, at the same depth, just five feet away from eachother. Not much additional information is provided – except for the line “Conserved to American Institute for Conservation’s current standards and recommended practices”, whatever that might mean.

St. Lawrence Island, were these heads come from, was turned over to the Eskimo Native Corporation as part of the Alaska Native Claims Settlement Act of 1971. Since then the people felt free to do as they wished with the remains of their past and unsupervised digging has been carried on at an increasingly active pace. The digging up of old sites has become both a way to spend time and a source of income. One scholar reported that the inhabitants of one village made about eighty percent of their annual income from their summer diggings at the prehistoric middens. In the end, although the unsupervised digging by the Eskimo on St. Lawrence and elsewhere on the northwest Alaskan coast has brought much new material to light and stimulated a greater appreciation of this art throughout the world, the net results has been a great loss to knowledge. Vincent Plescia writes in the catalogue note: “Perhaps one day these mysterious jewels of the Arctic, imprinted and encoded with their indelible past, will be decrypted”. Perhaps, but their undocumented excavation won’t help. For further reading: Wardwell (Allen), Ancient Eskimo ivories of the Bering Strait, New York, 1986. 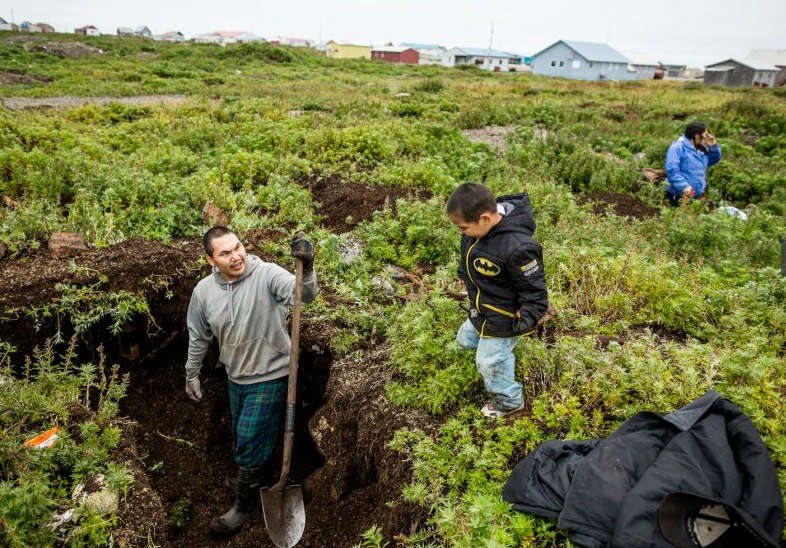