My last ramblings about ears this year. Morelli’s methodology (described in my previous post here), of course also has been applied on African sculpture. The most famous follower is Frans Olbrechts, who’s morphological analysis, revealed in his magnus opus Plastiek van Kongo (Antwerp, 1946), clearly was influenced by Morelli. Constantijn Petridis wrote a very interesting chapter about it in Frans Olbrechts op zoek naar kunst in Afrika (Antwerp, 2001). 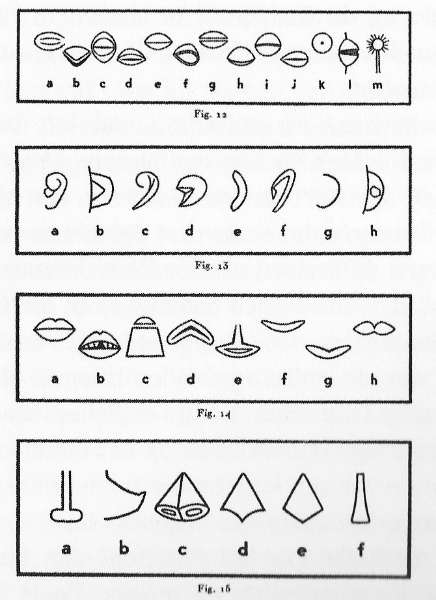 In 1969, William Bascom wrote a chapter about “Creativity and Style in African Art” in Daniel Biebuyck’s Tradition and Creativity in Tribal Art (University of California Press, 1969 – available online here). We read on page 112: “In Yoruba carvings of human figures, creativity is minimized in the treatment of the ear, with the result that the ear form is an important diagnostic in identifying the subtribal and individual origins of figures that may differ markedly in other respects”. But, it was only after postulating his own theories that Bascom learned about Morelli (see p. 112, footnote 11). 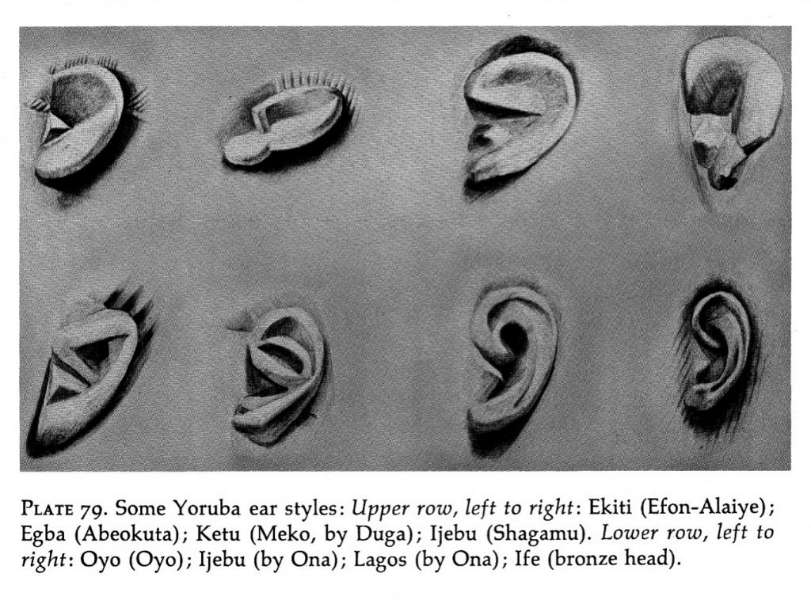 With many thanks to Gerard van den Heuvel for the images.

One thought on “Looking at ears”