In case you were wondering why I paid so much attention to each Luluwa statue’s ears in my previous post, this quote will explain:

Working in the nineteenth century, Italian art historian Giovanni Morelli strove to define the elements that most clearly manifest an artist’s individuality. The Morellian method found great interest with Sigmund Freud, and subsequent scholars and art historians have adapted it. The key to its analysis is artists’ tendency to repeat non-relevant elements. It also holds that there are certain forms which can be related to the individual artist rather than being influenced by “school or tradition”. As morphological evidence, Morelli used the forms of hands, ears, and fingernails, for example.

Morelli’s innovation was to analyse paintings with a much greater attention to detail than had previously been the case, that is, by examining aspects which were considered unimportant and which the artist was unlikely to have reassessed for each particular painting, such as the rendering of an ear or fingernail. As my previous post demonstrated, in many instances, this method can be successfully applied while identifying anonymous African artists.

Note that the Luluwa figure from the collection of Tervuren (bottom left) is the only one with a carved tragus, a detail missing with the other figures from this workshop. 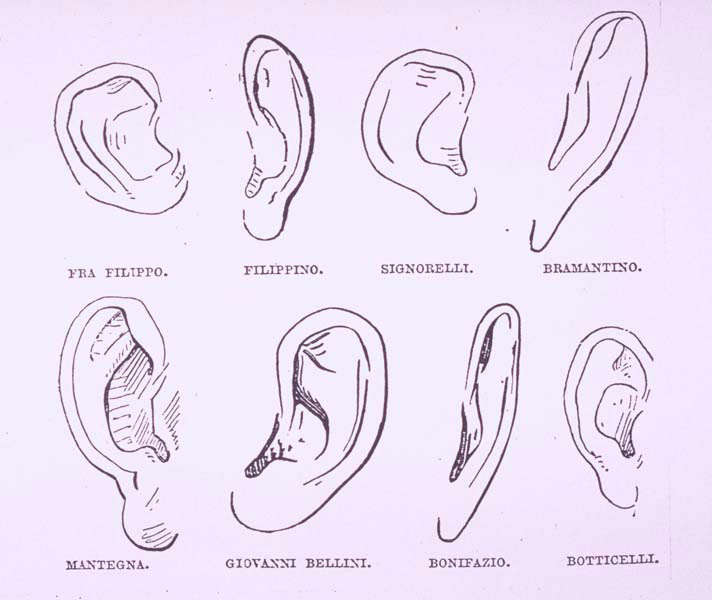 One thought on “On the identification of a sculptor”