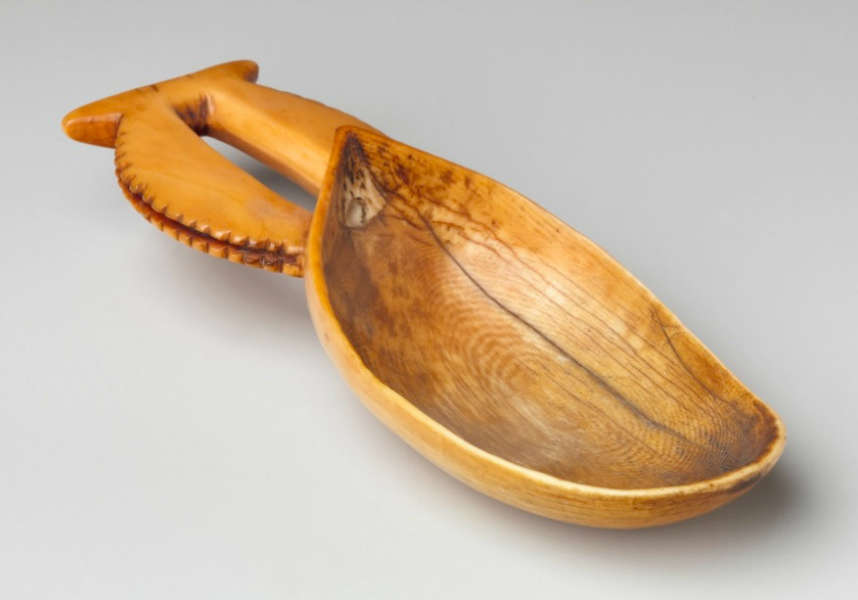 The Winter issue of Tribal Art Magazine (No. 70) features a very interesting article (The Concave and the Convex. Ivory Spoons of the Northeastern Congo, pp. 102-109) which reassesses the origin of a spoon type commonly attributed to the Boa (or Ababua). Author Julien Volper (assistant curator in the ethnography section of the Musée Royal de l’Afrique Centrale in Tervuren) writes:

While at first glance this attribution may appear to have a sound scientific basis, the “Boa” designation actually rests on very limited information. In truth, the designation has become credible only because it has been so constantly repeated and accepted throughout the field of African art.

The Ababua attribution of Tervuren’s examples in particular relates to a connection between poorly documented ivory spoons and ethnographic information published by A. de Calonne-Beaufaict (1909, pp. 330-331). This author was one of the few to mention the large spatulate spoons, epapwa, of the Ababua, although he characterizes them as sculptural objects. Because of this, it was easy to attribute delicately crafted ivory spoons to the same ethnic group, even though epapwa are actually made of wood and their large size is not at all comparable to smaller ivory spoons.

In any case, In Tervuren, as elsewhere, real research on the little-discussed topic was conveniently replaced by the credo: “except among the Boa and the Lega, no one has ever seen an ivory spoon in Congo”. Even a cursory examination of the Tervuren collection allows for refinement of this restrictive classification. In studying the files and technical records for the approximately fifty “Boa-type” ivory spoons in the museum’s collection, it becomes apparent that, counter to assertions, none of them can be attributed to the Boa with any real certainty, although the accounts and/or biographies of certain field collectors do tend to suggest this ethno-geographic identification could be correct.

Following, Volper illustrates three spoons of this specific type (now in the British Museum) that were in fact collected among the neighboring Bango ! Five spoons of this type were collected by the English officer G. Burrows, who wrote that these spoons were of a utilitarian nature, intended for domestic use (like eating meat). Burrows (The Curse of Central Africa, 1903) makes a point of stating the Bango were gifted ivory workers but that they appear to use it exclusively to make the bracelets and spoons he mentions. And where the use of the spoons is concerned, Burrows sees it as a “Bango cultural exception”, one that distinguishes the group from its close neighbors. Volper contradicts this last statement by showing that a stylistic analysis of the spoons of the north-eastern Congo reveals that the handles of Bango spoons have many sculptural similarities to wooden examples collected in that same region. This tradition thus might be more widespread than previously thought.

I was quite suprised to learn that the attribution of these spoons to the Boa was based on so little scientific evidence. While in the past many of these spoons were often thought to be Lega, in the last decades almost everybody described them as Boa. The spoon illustrated here from the Metropolitan Museum of Art is in its turn typically labeled as “Lega or Boa”. Thanks to Julien Volper’s meticulous research, we now know we’ve all been wrong. Exit Boa, enter Bango!

Update: in the upcoming Sotheby’s sale in Paris, we find another ivory spoon incorrectly attributed to the Boa here. 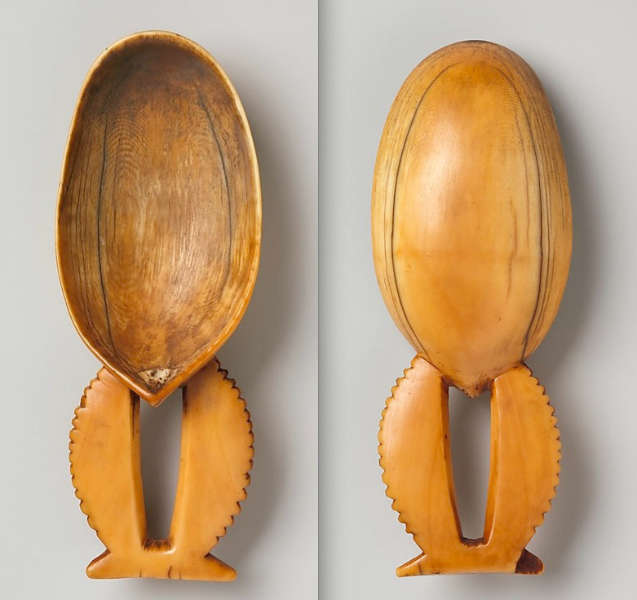