With its exhibition Nok. Origin of African Sculpture, running from 30 October 2013 to 23 February 2014, the Liebieghaus Skulpturensammlung presents over one hundred sculptures and fragments excavated in Nok territory by the archaeologists of Frankfurt’s Goethe University. They will be displayed in a dialogue with objects from Ancient Egypt and Greek-Roman Antiquity from the collections of the Liebieghaus. More info here and here. A comprehensive catalogue will be published by Africa Magna Verlag to accompany the exhibition (c. 292 pages, c. 170 color and 55 black-and-white illustrations as well as 51 plates).

I am very curious about the research results of this long-term (8 years to be exact) excavation project of Frankfurt’s Goethe University. Besides the very few scientific studies after Fagg’s pioneering efforts (Fagg 1972, Jemkur 1992, Tylecote 1975), it are the first seriously documented excavations ever. Peter Breuning’s article in the autumn 2012 issue of Tribal Art Magazine definitely awakened my interest. It, for example, clearly stated that not one of the excavated terracotta figures was found intact – quite a contrast with what one tends to encounter in galleries. 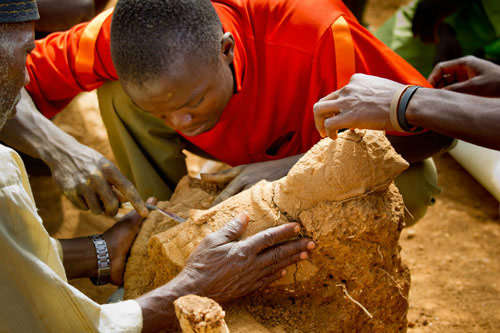 Excavation of a landfill and recovery of large parts of sculptures of the Nok culture. Photo courtesy of Goethe University Frankfurt. 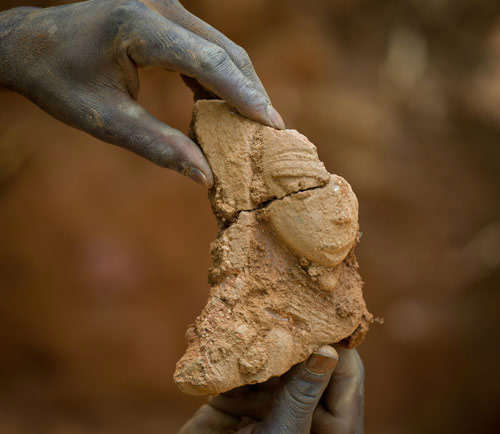 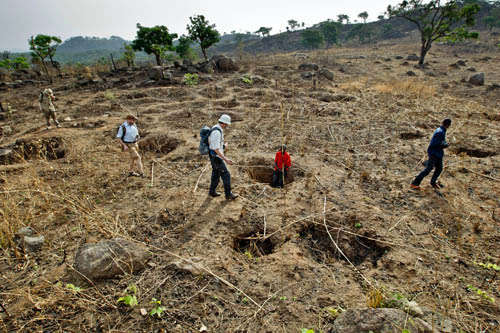 Illegal excavation site. Looters ransacked the ground after Nok sculptures. Such sites are easy to find because the holes are not filled. Photo courtesy of Goethe University Frankfurt.

One thought on ““Nok. Origin of African Sculpture” at the Liebieghaus, Frankfurt am Main”