To celebrate its fiftieth birthday, UCLA’s Fowler Museum is organizing nine (!) mini-shows, each dedicated to a particular strength of the museum’s collection and approached in a different way. They will fill the museum with more than 1000 pieces, the majority never exhibited before. As Fowler director Marla C. Berns states in this article in the Los Angeles Times: “The great thing about the Fowler is that we can pretty much do what we want. But not without a lot of thought.” Click here for an overview of the exhibitions. “Double Fortune, Double Trouble” might be the funniest title for an exhibitions on ere ibeji ever.

The museum, then called “the Laboratory of Ethnic Arts and Technology”, was founded in 1963 by Franklin D. Murphy, chancellor of UCLA from 1960 to 1968 and chairman and chief executive of Times Mirror Co., the former parent company of the Los Angeles Times, from 1968 to 1980.

The Fowler has obviously grown and expanded its reach over the last half-century. But its mission and values haven’t changed, Berns says. “When this museum was founded, it was called a laboratory. I would say that we are still a laboratory. The idea that this is a place to test and experiment and look at new approaches is as true today as it was then.” 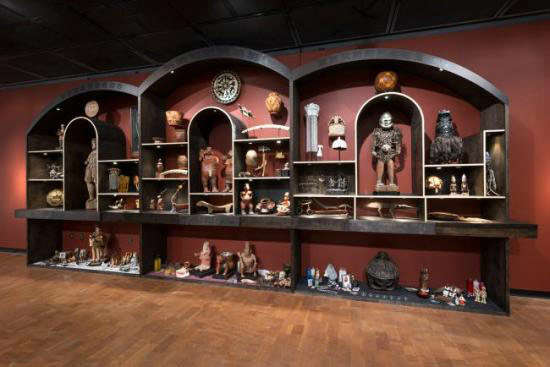 One thought on “Fowler at Fifty”