Following my request for “Kulango” spoons that arrived in Europe before 1987 (read the original post here), I received pictures from a reader of a spoon (see below, height: 27 cm) which arrived in a German monastery in 1967. It was collected before that date and it’s condition clearly shows it was probably already a couple of decades in use before it was collected. The inventory card – which clearly identifies it as Ashanti – also stated this spoon was used as a pestle. At present, the oldest documented example ! 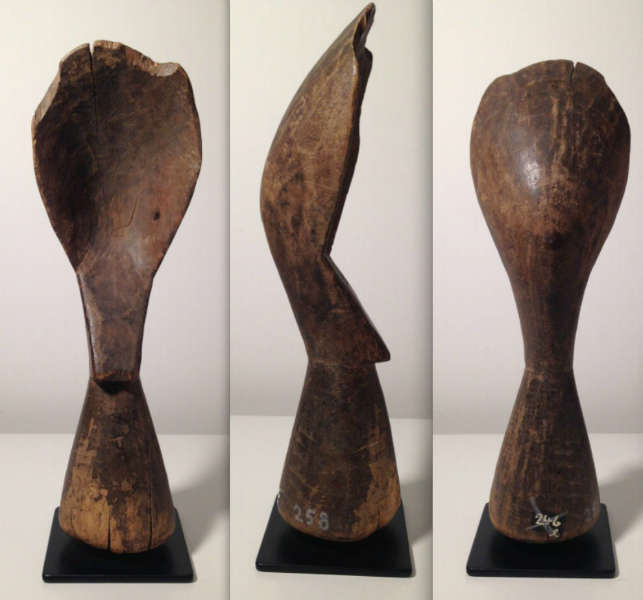 Image courtesy of the Grace Collection of African Art.