I will be signing my book at Librairie Fischbacher during Parcours Des Mondes, wednesday September 11 at 16:00. An interesting article from the LA Times about the hidden collections of museums and ways to make them more accessible can be read here.

Behind an art museum’s gleaming galleries lies the off-limits and uninviting space that can hold as much as 95% of its collection: storage.

These spaces are often packed with hundreds or even thousands of paintings, decorative art objects and other artifacts that can languish, unappreciated and untouched by curators, for years. But as a way to bring art out from its underbelly and display more of a museum’s possessions, several institutions are embracing “visible storage” in public areas, exhibiting the art without the expense of a spacious, beautifully installed and curated show.

Govan is totally correct stating that “those objects are worthy for viewing and studying if not always for exhibitions. So you’re not contemplating a masterpiece, but maybe you’ll find value in comparing and contrasting different examples of vases” (or, for example, Kuba cups).

Visitors of the MAS in Antwerp can already experience something similar.. 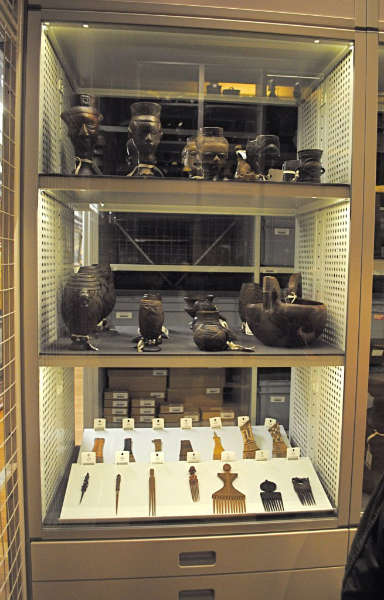 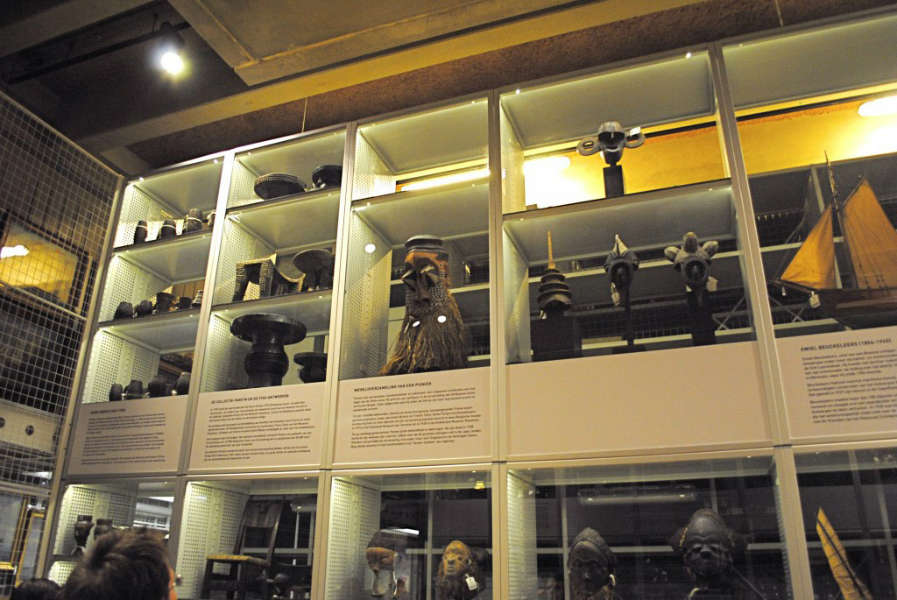 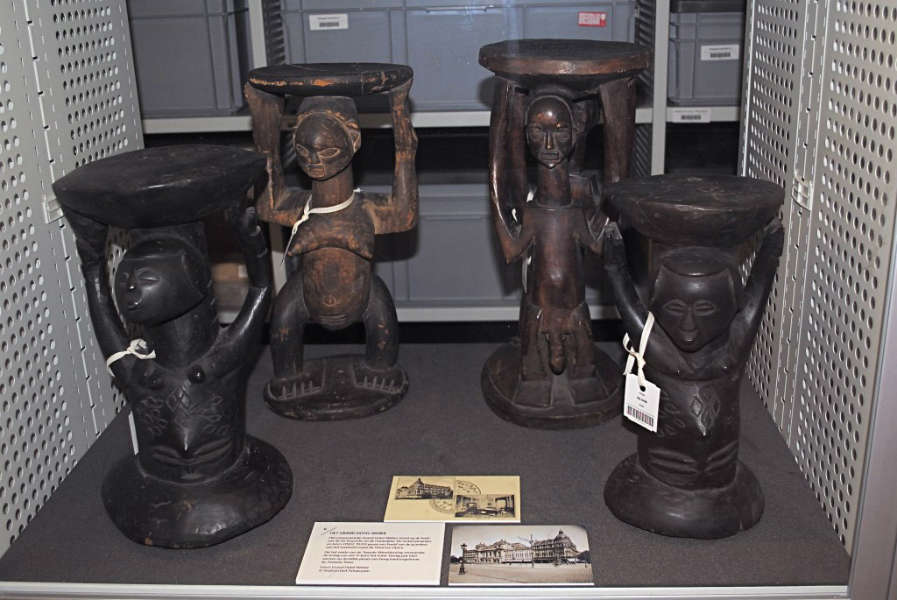 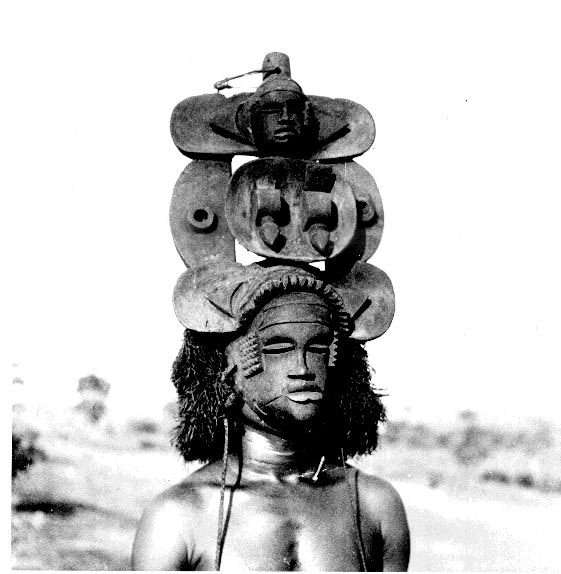 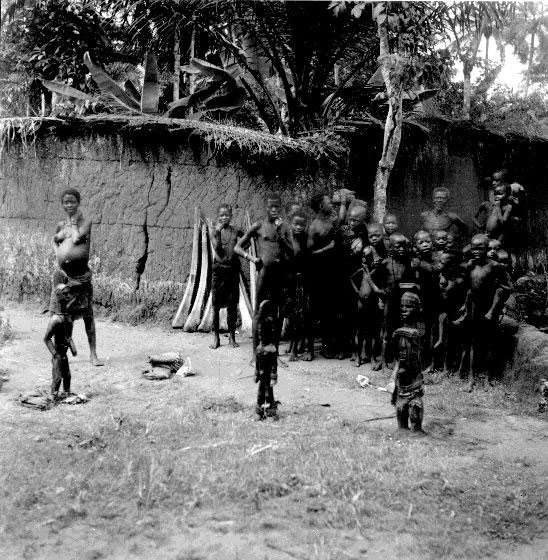 A remarkable news item from Paris:

French police have uncovered one of the largest networks ever of fake African art in France. Twenty-two people were arrested and seven held in custody earlier this week after a six-month investigation.

Suspects had conned people into buying counterfeit works of art, which they had made look antique. The crooks used urine and cashewnut paste to give brand-new African wooden sculptures an antique look, selling them for around 100,000 euros a piece – well below the going rate for the real article. They targeted tourists and art lovers, approaching them as they left chic art galleries in central paris.

According to Le Parisien daily, which revealed the scam, police seized 500 pieces, including Fang masks from Gabon and Punu statues, from a workshop in Paris’s swish St Germain des Près district. The operation had been going on for more than a year. 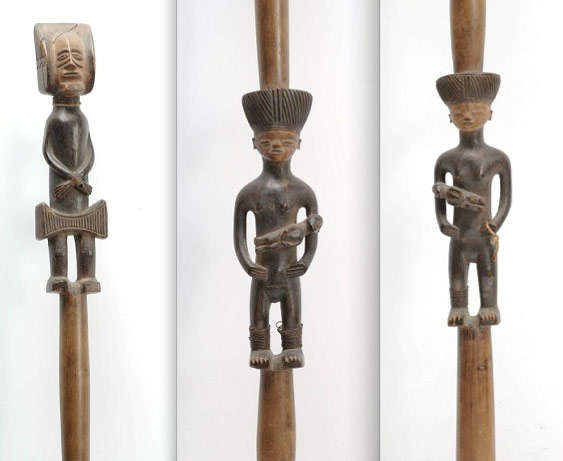 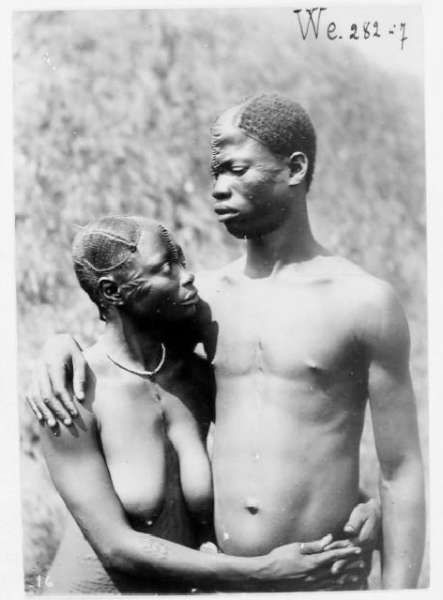 Ever since Bernard de Grunne published Mains de maîtres / Masterhands in 2001, African art researchers, collectors and dealers have been trying to identify new workshops and artists. Stephan and Petra Herkenhoff’s Schnitzer der Lobi follows this trend. Schnitzer der Lobi (“Lobi artists”) is the second volume in a series wishing to bring a systematic review of the carving styles of Burkina Faso’s Lobi peoples. The first volume, published in 2006, documented 23 artists and their artistic production. The new book adds 16 new Lobi sculptors and workshops to this inventory, joined by 30 individual objects. Multiple figures illustrate each style, accompanied by a meticulous analysis of its defining characteristics. Reference objects are cited and more importantly an estimation of age is given. My personal favourite was the “Master of the Frog Heads”. Almost all pictures (318 in total) were made by the two Herkenhoff sons, a job well done. The inclusion of many details and side views is very instructive. Unfortunately, with some two-page spreads the middle figure got lost in the middle slit, but this is only a small flaw in the overall very well designed lay-out. Another praiseworthy feature of this book is the inclusion of the previously unpublished field-photos by Paul Gravé from 1934 which enrich this volume. The bibliography brings a last notable feature, presenting the front covers of the most important literature on the Lobi.

This wonderful book breathes a deep-rooted passion for the art of the Lobi. Like Betrand Goy wrote in his book review in the last issue of Tribal Art Magazine, the tireless efforts of the Herkenhoff family to promote Lobi statuary deserves much recognition; this book being indespensable in every library dedicated to African art.

You can order the book here.

Additional pictures and information on Lobi sculpture is available on the website. 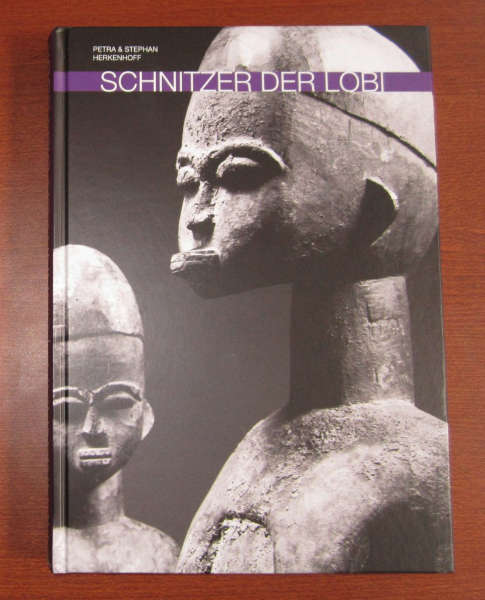 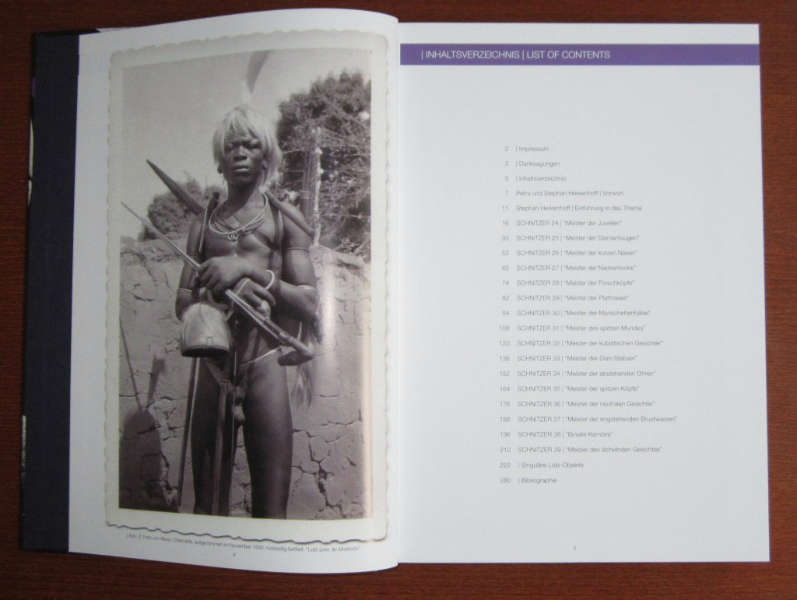 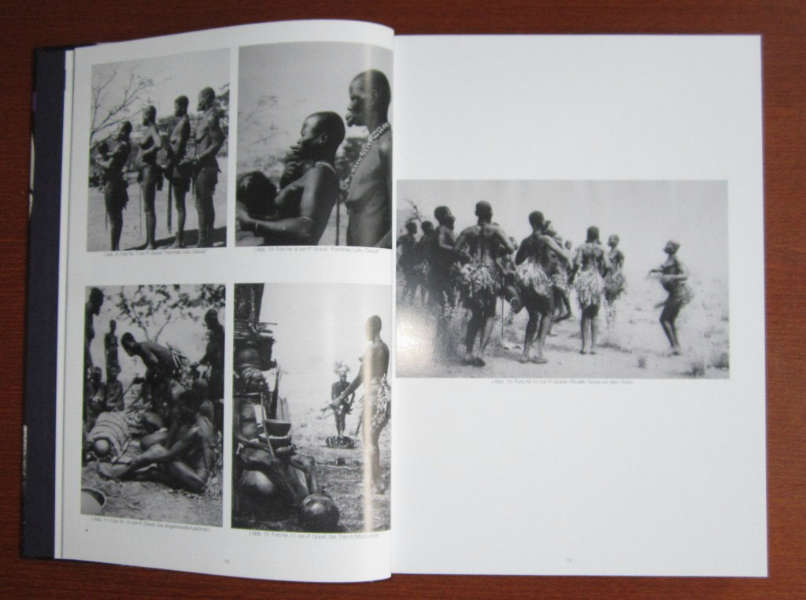 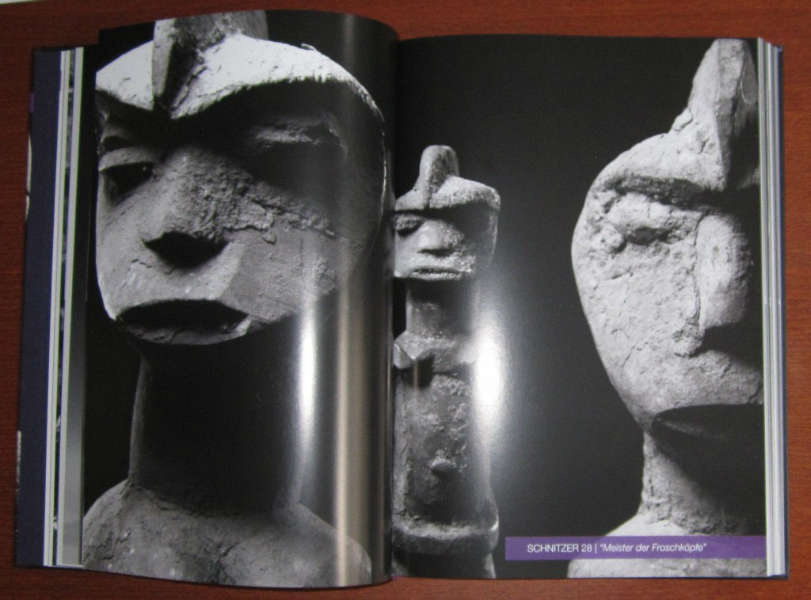 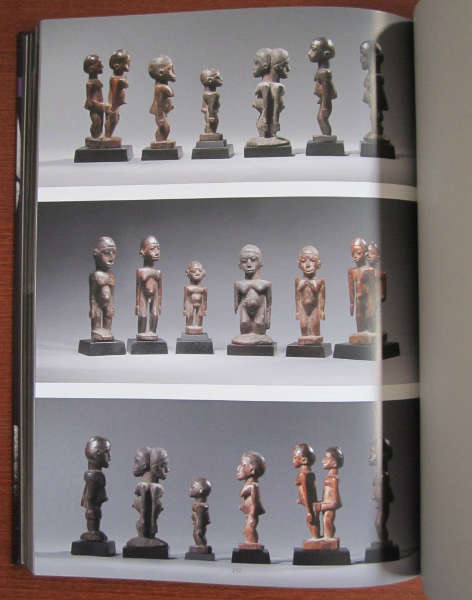 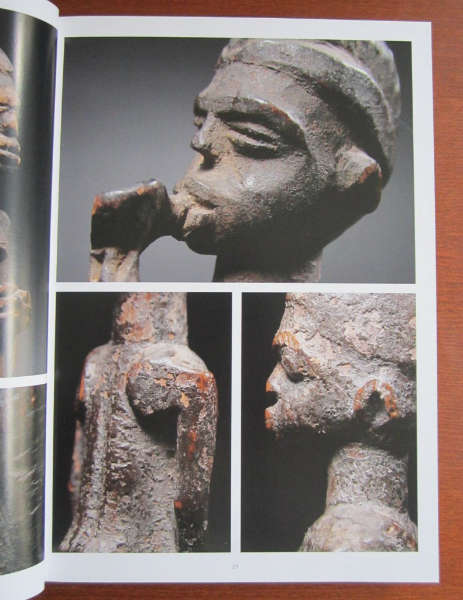 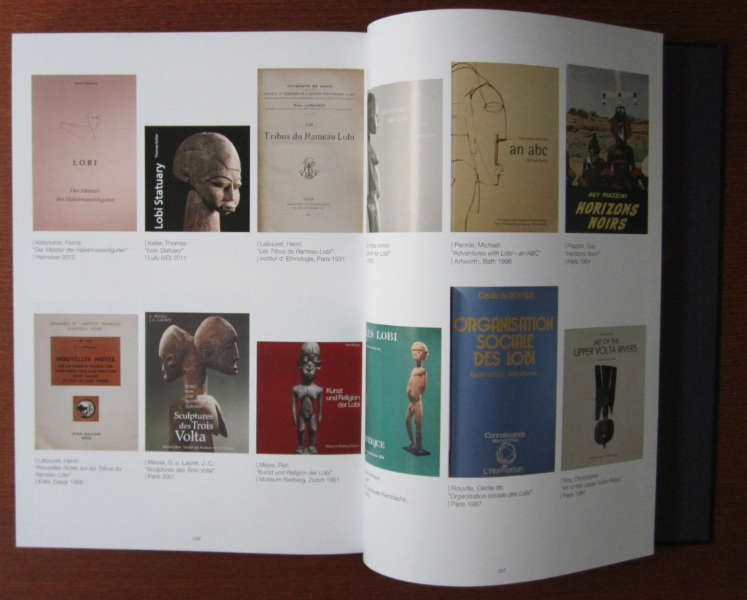